Explore and Practice the Buddhism to have happy life.

A philosophy, A way of Life, and The Path to put a stop to all suffering.

There is a great deal of suffering in a life of anyone who was born to this world. Buddhism helps understanding this realty and reveals the one and only path to free one’s self from this entire suffering. Buddhism is the Dhamma that consists of discourses preached by the Buddha. The Dhamma was well taught with a comparable beginning, middle, and an end. Irrelevant of the time of practicing, the Dhamma can be understood in this very own life. Anyone can be asked to come and witness it. Like a person uses a mirror to see the reflected image of himself, a disciple needs to see his/her own life with the mirror of Dhamma. One of the main characteristics of the Dhamma is its ability to open/prepare someone’s mind to realize it according to the person’s wisdom. This is why the Dhamma is remarkable and esteemed. 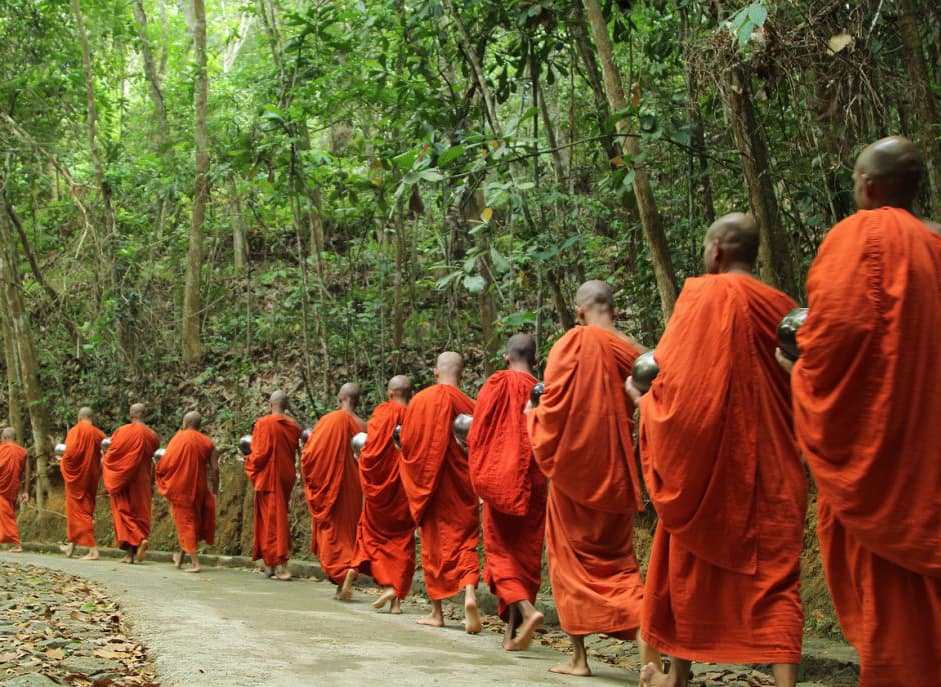 We are part of the oldest living Buddhist tradition in the world, Theravada. The teachings come from the Buddha named Sidhartha Gautama, often referred to as the historical Buddha. He was born in India over 2,500 years ago and discovered not only the cause of suffering in the world, but the way to completely eliminate all forms of suffering, large and small. Because this teaching was available to everyone with a sincere interest to practice it, a group of enlightened disciples formed around him, known as the Noble Sangha.

The teachings of the Buddha, the Dharma, have been preserved in a collection known as thePali Canon or Sutta Pitaka. This is the most accurate record of what the Buddha and his enlightened disciples taught. Fortunately, these texts have been translated into very modern, easy to understand English so we can explore them for ourselves.

The word Theravada―pronounced TAE ra VAA da (the h is silent)―means teaching of the elders. It is the main form of Buddhism found in Sri Lanka, Thailand, Burma, Cambodia, and Laos.

In the centuries after the Buddha’s death, up until the present day, people have been adding their own personal ideas into the teachings of the Buddha. This has resulted in a wide variety of sects and beliefs that lead to much confusion and doubt among those trying to reach the same happiness that the Buddha found. But when we return to the original teachings, we see that the instructions the Buddha gave us are practical and bring both short term and long term happiness. The Buddha encouraged us to compare what we hear to the original words spoken by him and have confidence in those thing that match.

All of the instructions given at the Mahamevnawa (maha may oo NAH wa) monasteries and meditation centres come directly from these original ancient teachings. Together we learn to apply these teachings to our lives so we can experience the same happiness that the Buddha and his enlightened disciples found. Although the Buddha’s teachings are ancient, we know you will find the Buddha’s understanding of suffering and happiness to still be true today.

Is Buddhism only a phylosophy?

Some people identify Buddhism as a philosophy. In a way, it is correct. The philosophy of the Buddha is the truth or the exact way of the world. Because the teachings of the Buddha allow one to attain Nibbana ending the suffering of being in the repeating cycle of life, aging, sickness, and death, Buddhism can also be considered as a religion.

Who is the Buddha

he Buddha is the greatest human being that has ever been born in this world. He is the most fortunate one who freed himself from craving, anger, and the delusional state we are in because of the ignorance of the four noble truths. He followed the Eightfold Path by Himself and realized the Dhamma without a teacher. The Buddha was a miraculous person with a tremendous wisdom. With this miraculous wisdom, He could see the past lives of other beings, find out where one has been born after the death, see any object at any distance, listen to sounds at any distance, walk in the sky, and penetrate any solid substances including the ground, move inside of it, and come out of it from a different place like swimming in the water. He could also walk on the water like on the floor, go through any kind of barriers like mountains or walls, and touch the sun, the moon, and the starts. He lived a life according to the experience He gained from His wisdom after purifying Himself from all defilements. In order to purify himself from the defilements, He sought after the path to Nibbana and found it. Following this path He attained the great Nibbana. He saw, understood, and freed himself from all the worlds including human, animal, and the worlds that a normal human eye cannot see. There were dangerous, misbehaved, and stubborn animals, humans, and divine beings at the Buddha’s time. They could not be controlled by a normal person or a god, but the Buddha was able to control, calm, and finally to show them the bliss of Nibbana with His wisdom and kindness. He is also the one true teacher to humans and to gods because He is the only leader who can show them the path to free their lives from suffering. The ultimate purpose of the dawn of a Buddha’s era is to show the innocent beings the path to Nibbana or to shed the light of Four Noble Truths on to the lives of many. The Buddha taught us the Dhamma, which includes the Four Noble Truths, composed of clear and excellent words and meanings so that others can understand it well. He who is with such remarkable qualities is certainly the most fortunate of all beings. The Buddha is such a person who lived about 2553 years ago and is still the greatest person to be ever lived in this world. 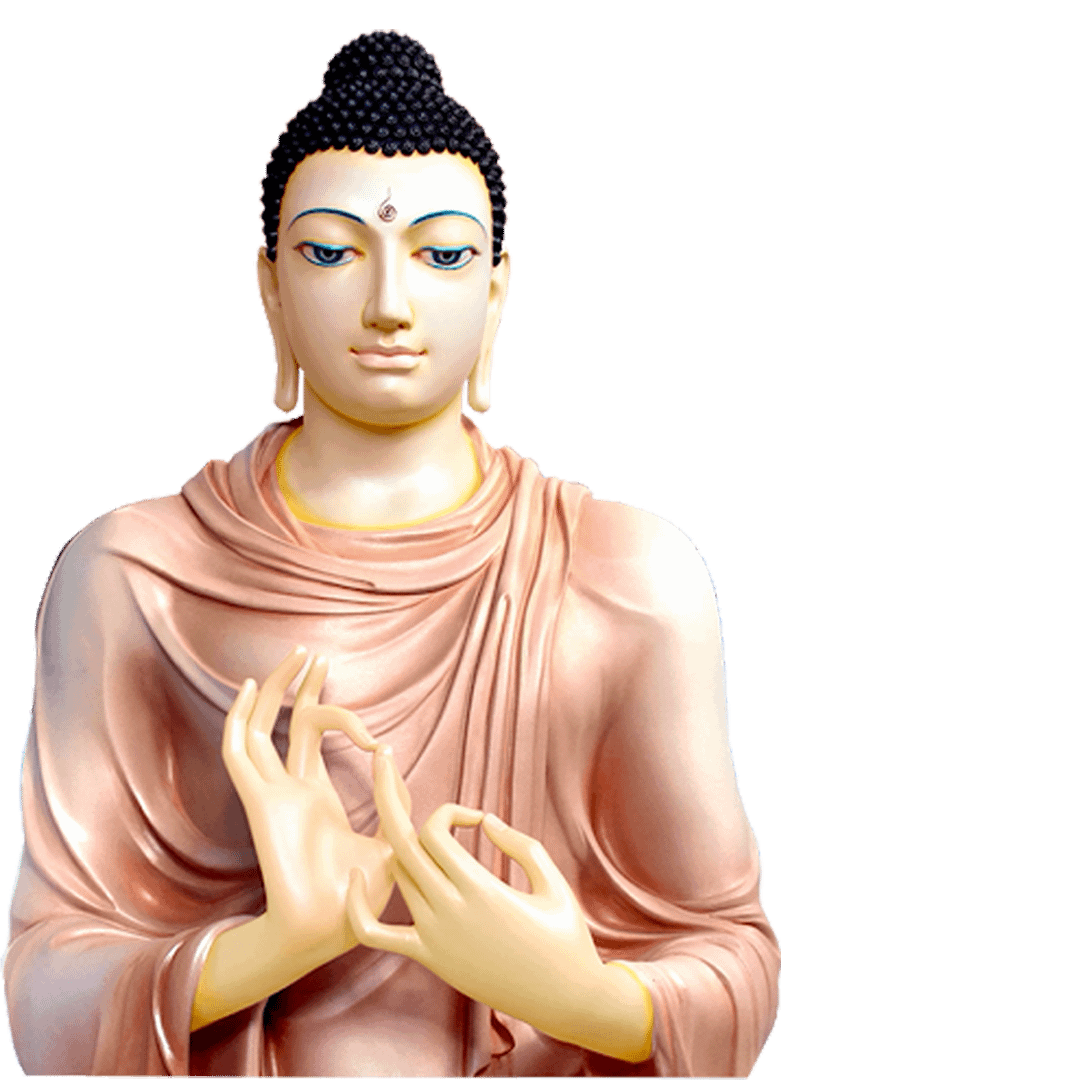 The magical power of love & compassion.

As we live in this century, we experience such a close relationship with our loved ones, and nowadays, we make so many friends with ease

Learning to let go & the Danger of not being Mindful

Learning to let go & Danger of not being MindfulFinding a low-stress job may be difficult or impossible for many people. A more realistic choice

First of all, Hi! Hope you’re doing well. It definitely has been a good minute since I’ve got back here, in fact almost a year..

The nature of our mind is, it gets attracted to pleasant things. With regard to this nature, the mind is unfulfilled with desires. With regards